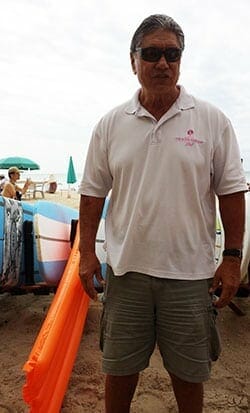 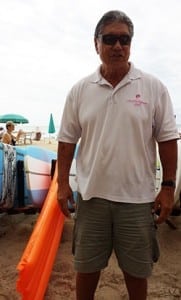 There is an original Hawaiian Beach Boy and his name is Ted.

Every day at the Waikiki Beach Boys surf shop on the beach in Oahu, Ted teaches tourists how to surf and sometimes shares a story about the legendary Pink Palace hotel on the beach. Or tells visitors how he first purchased the name of the iconic business all the way back in 1977. Or jokingly complains how it’s sometimes tough to get his team of young tanned beach boys working because they focus a little too much on the beach girls. But the biggest challenge Ted faces is that there are lots of people offering surf lessons on the beach, and they all offer pretty much the same thing.

Of course, the Waikiki Beach Boys advantage is that they have Ted – and he has been the heart of the service for decades. Everybody knows Ted. But what happens when Ted isn’t working?

This is the question that kept coming up over and over as I recently led a team of business executives around Hawai’i to speak with local business owners about their operations and the challenges they face. Over the course of the day, our teams visited a well known local snow cone shop, a seller of the only gourmet chocolates produced on Oahu, a Hawaiian jeweler, a local organic coffee shop, and a store with the world’s largest collection of Hawaiian Shirts for sale. The aim of all these conversations and our entire day was to help these leaders think more innovatively about the sales challenges they faced.

This was the ultimate experiential focus group, as we interviewed business owners while customers walked into their stores. Over the course of the day, several lessons became clear in how nearly identical businesses differentiate themselves, what actually matters to customers, and why some businesses sell while others fail. Here are just a few of the sales lessons we all took away from our day in Hawai’i:

2 thoughts on “How To Sell Like The Hawaiian Beach Boys”