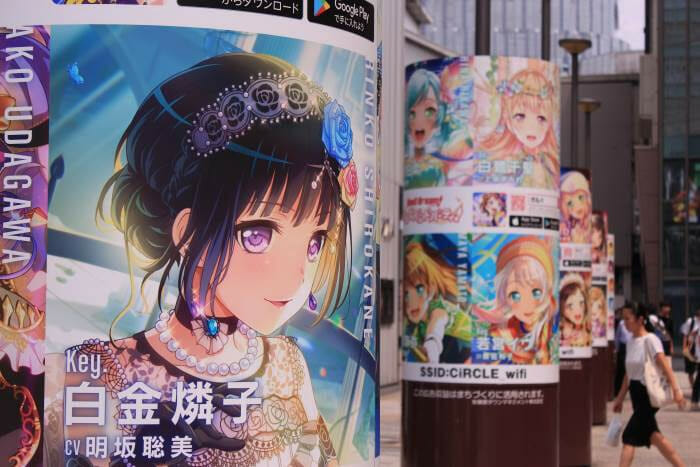 Last year I went to Japan for the first time and experienced the inescapable presence of “Kawaii” culture. It is a word that describes the overwhelming cuteness of icons, mascots and media that focus on pastel colors, large rounded imagery and anime characters with big eyes and (often) short skirts. In many cases, it overlaps with how women are portrayed in Japan – a fact that writer Alyssa Pearl Fusek writes critically about in this article. Here’s an excerpt:

“There is “weakness,” “transience,” and “fragility” embedded in the history of the word Kawaii. Consequently, what exists in Kawaii is a desire to cherish and protect such dispositions. Femininity exists as one expression of this. Society considers women to be both physically and emotionally weaker than men, and due to the longtime awareness of fragile transience, there’s also an impression of protecting out of a sense of love. However, although called femininity, women who have sexually matured in both physicality and motherhood are excluded from Kawaii fashion.”

While this was written last year, the perspective it offers into how culture and media overlap remains timely and is worth a read today not only to help understand Japanese culture, but also to give a different perspective on just how impactful common cultural stereotypes can be in shaping a nation’s attitude toward women for generations.