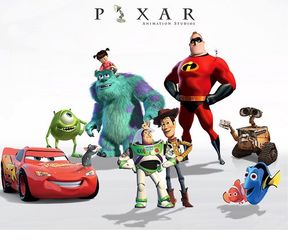 There was a time when Pixar nearly went out of business. Yes, the studio that has been essentially printing their own money thanks to an unbroken string of hits like the Toy Story trilogy, Monsters Inc and Finding Nemo was not always so invincible. In the early 90s, Pixar was in danger of going bankrupt, and to stay afloat they produced animated commercials for brands like Tropicana, Listerine and LifeSavers. Turning to advertising helped Pixar to survive, and go on to produce some of the most artistic and beloved animated films of all time.

In the world of fine art, Andy Warhol is the most iconic of a long line of artists who have collaborated with the advertising industry to create marketing messages and merge them with art to create lasting images. A few years ago I even had the opportunity to work on a project with an independent artist named Julian Beever who is known to the world as the "Pavement Picasso" for his 3D realistic pavement drawings. All of these are examples of the frequent yet rarely discussed connection that advertising and marketing has had to the world of art. In many cases over and over through the years, it was advertising that provided the funds to allow many creative people to leave out the word "starving" before describing themselves as an artist (at least temporarily). 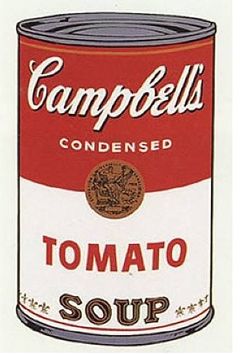 Looking backward, the first "business model" that art ever had was one where artists were commissioned by wealthy benefactors to create customized artwork. Advertising has been this past century's benefactor, and while new art based communities like deviantART and Art.sy are creating signficant ways to bring art directly to individuals, there are still a huge number of artists, film directors and other creative professionals who rely on advertising gigs to fund at least some part of their creativity.

People are quick to point out the negatives of advertising. It can be manipulative. It has an ulteriour motive. Artists who accept advertising funded projects are often accused of "selling out." But advertising isn't the enemy. There will always be unethical marketers. An unexpected positive side effect of the advertising industry's quest to create new and engaging marketing has been that it has also managed to support the creation of many unspeakably wonderful moments of creative expression and art like Sony's award winning bouncing balls ad. (see video below)

Advertisers are perhaps the only other group in the world besides artists who could support the vision of something like bouncing 250,000 colored balls through San Francisco, and then cleaning them all up. For anyone who loves living in a world filled with creativity and art, we should all hope advertising continues to find the funds and appetite to support art as it has for hundreds of years.

3 thoughts on “How Advertising Saved Art, Pixar And (Maybe) Creativity”