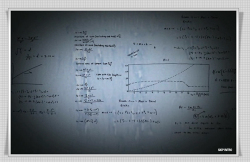 In times square this weekend, I spotted a long billboard with mathematical equations and schematic drawings along with the cryptic URL – www.beyondthedrawingboard.com.  Unfortunately, a visit to the website delivers neither a new online community for tech geeks, nor an innovative new virtual drawing board for users to collaborate on.  Instead, the site is nothing more than a standard marketing effort for the new GMC Yukon with the hollow cliched promise of yet another SUV that will help city slickers get in touch with a natural side of themselves most don’t possess.  My reaction to the site, and the reaction of others that I spoke to was one of extreme disappointment, and some anger at feeling mislead.  It brings up an interesting, and often forgotten nuance of viral marketing campaigns.  That it’s not enough to peak interest and get people to talk about your promotion, you have to follow up on the promise you originally make.  For GMC, the billboard promised something new, something a user could interact with.  The reality fell far short.  As far as impact goes, I imagine this will probably come out as meaningless either way … as most automotive advertising does.  Someone considering buying a GMC Yukon won’t be deterred, and someone who was never interested in the car is unlikely to be converted.  No harm, no foul – I suppose.

Update: Adland also points to some interesting print ads for this campaign that ran in Sports Illustrated.