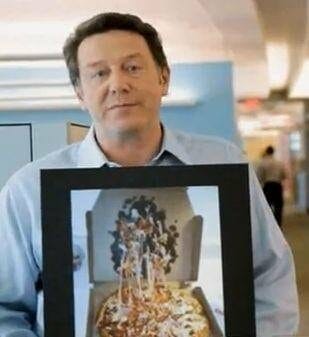 Great advertising appeals to emotions. In the world of marketing pizza, this usually leads to some new “innovation” in pizza making that might induce cravings and cause people at home to pick up the phone and place an order for delivery. The formula is so time tested, that the latest series of ads from Pizza Hut follows the cliche perfectly … promising a new line of flat bread pizzas with “brick oven flavor” (odd since most Pizza Huts don’t actually have a brick oven).

For a few years now, Domino’s has changed their strategy with candid ads, open leadership and an amazing commitment to bringing more humanity back to their advertising. I have been a fan of their business strategy for some time now.

But I hate when bad marketing strategy gets in the way of good business strategy.

The latest ad from Domino’s is a perfect example of that happening because of how a lack of integrated marketing is wasting the opportunity of great advertising. Their latest ad, promoted with the hashtag #poweredbypizza, is an emotional celebration of the role of pizza in helping groups to accomplish everything from launching new companies to earning degrees. It shows people building new projects and helping each other. It pokes fun at how nothing great was ever accomplished by people eating halibut.

And it has the side benefit of actually being true. Collaboration is often powered by pizza. The first moment I saw the ad, I loved it. And of course the first thing I do when I love a piece of marketing is that I start to write about it. Unfortunately, that’s when the problems with the campaign started to surface.

Despite an amazingly produced video ad, the entire marketing campaign that it introduced was so poorly done that my intention to write a positive review of the campaign rapidly went in the opposite direction – proving that sometimes you CAN have great advertising and bad marketing simultaneously. Here’s why:

The first and most obvious thing anyone would want to do with a great video ad is to share it by posting to social media networks. Unfortunately, the actual video of this ad was so impossible to find that I still wasn’t able to locate a version of it to insert into this post. Instead, a search on #poweredbypizza (the exact hashtag that the ad introduced) offered the following search results … 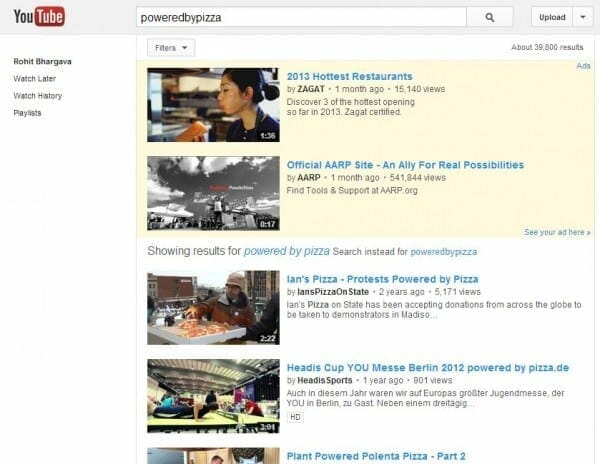 It would be easy for Domino’s to at least place an ad that appears for those keywords which could appear first above the random Zagat ad. Instead, the video is hidden and therefore impossible to share no matter how good it was.

It is certainly a popular choice to include a hashtag in a campaign to invite conversation, but as I recently wrote in an article about using hashtags as part of a cohesive campaign – if you don’t have a compelling reason for people to participate then a hashtag is just a waste of time. In this case, it turned out to be exactly that – as a simple search for the hashtag produces a top result of a page of images using the hashtag featuring random pictures of an ugly dog. Not exactly “on brand” for Domino’s .. 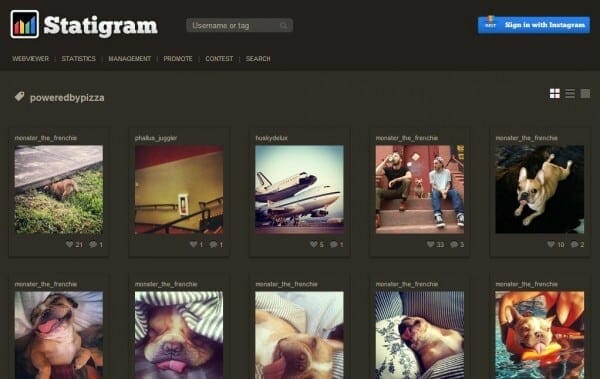 The final mistake that put the nail in the coffin for this campaign was Domino’s website – which seems solely directed at getting people to order pizzas. The utility of the site is great if you are ordering food … but if you want to engage with Domino’s on any other level, the site misses that opportunity entirely. 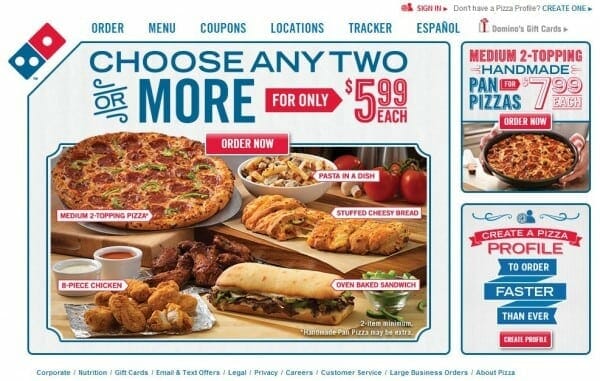 Where are all the great videos and details about the “Yes we did” campaign? How about the live billboard in Times Square?  These were all recent smart marketing efforts for Domino’s and now they are buried.  It is a common mindset, because marketers too rarely see their creations as content that people may want to consume and share.

What if JK Rowling required every previous copy of a Harry Potter book be burned before her newest one came out?

It is unimaginable, yet that is basically what marketing teams do all the time.  Without history and context, it’s impossible to build a community.  And without community, Domino’s misses out on the big free media and publicity that word of mouth could have generated. Instead of spending millions of dollars to create a lasting engagement and something memorable that could drive more brand loyalty – this campaign will be just another wasted 30 second opportunity.

Fun to watch for a moment – but far too easily forgotten because there was no good way to share it.