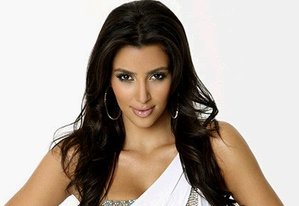 I am not what you would call a fan of reality television. In fact, I have previously said that I can literally feel myself getting dumber every moment that I am around a reality TV show that happens to be on. So you can imagine my chagrin at being forced to watch part of Dancing with the Stars last night because one of my wife’s favourite actors was on (no, not Kim Kardishan – but you can’t blame me for using her bio shot among all the participants). It wasn’t a complete loss, however, because I had a chance to think about what may be one of the more brilliant marketing strategies to come through celebrity reality shows that is now possible for the large networks: namely, promoting their stars through appearances and doing it in a virtually unnoticeable way by not dominating the list of participants with only ABC affiliated actors.

This is not necessarily new, as you would always have stars from a particular network showing up on the late night shows like Letterman and Leno as well as the daytime shows. Unlike those interview-style appearances, however, Dancing with the Stars is doing something very different. The stars who appear on the show are demonstrating something that people love to see, vulnerability. Most look scared, outside their comfort zone, and challenged to say the least. The result is that you get to know the actors of those shows in a very personal way. You get to know their personality.

In a world of social media where authenticity is becoming a more and more important currency, any network that can help their stars to have less of a celebrity profile and more of a human one is using a very smart strategy indeed. Though I still don’t get why anyone would want to waste their time watching 12 morbidly obese people trying to lose the most weight, I do get why ABC would put as many resources as they can behind a goldmine of a promotional platform that is Dancing with the Stars. It may be one of the most valuable television properties on the air today. I may not like what reality television is doing to the collective intelligence of the nation, but as a marketer Dancing with the Stars makes a whole lot of sense.

6 thoughts on “Dancing With The Stars: Personality Marketing In Disguise?”