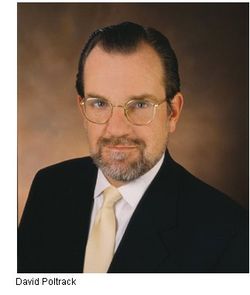 "There is no link, none, between the age of the specified demographic delivery of the campaign and the sales generated by that campaign."

You would expect a conclusion like that to come at a consumer rights type of event. Perhaps even at a social media event with marketers who are fighting the status quo and encouraging others to think differently. But when this point of view comes from CBS Corporation's Chief Research Officer David Poltrack – it is downright revolutionary. At an event earlier this month, Poltrack presented findings from new research that he conducted along with Neilsen that challenges some very long held assumptions about not only TV advertising, but about advertising and marketing itself.

Among the conclusions the report shared – according to an article in AdAge:

It has long been a dirty little secret in marketing that the targeting that is used throughout much of media buying is based on information that is readily available instead of information that is most important. As technology starts to bridge the gap and offer better insights into consumer behaviours, attitudes and intentions – why should the industry still rely on old and outdated demographics to determine where and how they spend on media?

Apart from a few situations (like targeting 18-19 year olds because you know many of them are preparing to head off to college, for example) age based demographics ARE completely useless. Social media and digital advertising has already been leading the way with methods for buying media that are inherently more focused on behaviour (keyword text advertising) or attitudes (targeting by interests on Facebook). It's about time that marketers had similar options for a more sophisticated way to target who they want to reach through other mediums such as TV.

The temptation from the industry may be to dismiss this research from CBS as being self-serving or flawed in some way. The smart marketers will get behind it immediately. Ultimately we all should.

6 thoughts on “CBS Wants To Kill Demographics, Marketers Should Help”