This post is a guest contribution from my good friend and fellow author, David Vinjamuri – founder of the ThirdWay Brand Trainers and author of the new book Accidental Branding. I don’t often run guest posts on my blog, but I’m on vacation through Wednesday and asked David if I could repost the following post from his blog for two reasons – firstly because I think the example is brilliant and I have been a big fan of Coelho’s work since I read The Alchemist more than ten years ago, and secondly because I love the format of David’s posts and think it’s something many other marketing bloggers and others should consider as a way of presenting case studies in an engaging, clear and actionable way.  Without further ado, here’s David’s post (with my thanks for his permission to repost from the original). 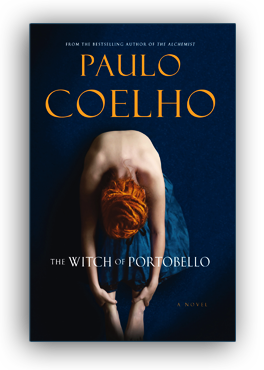 Think of consumer generated advertising and you might think Doritos,  the NFL or Heinz. But Brazilian author Paulo Coelho has jumped headfirst into this space with a MySpace competition to make a collaborative movie of the book [The Witch of Portobello] for film festival submission.  The rules are straightforward: pick a character and film the segment of the book in which that character is the narrator (there are fifteen).  The best segments get stiched together with a movie that, like the book, is told from multiple perspectives.  The entire movie will be submitted to film festivals.

What Works:
Paulo Coelho has involved his most passionate fans with his brand in a way that few professional marketers manage.  While the standard user-generated advertising campaign is well understood – shoot a commercial for my brand and I’ll stick it on network television – Coelho has reimagined the boundaries of this very limited medium.

The framework for this project is what makes it so effective. Rather than an open assignment, Paulo Coelho gives his readers a specific challenge: film a portion of the book from the point of view of one of the narrators.  Narrowing the scope of creativity can significantly enhance both the results and the creative quality – if it’s narrowed intelligently.  And this is brilliant narrowing.

The second success factor for the Witch of Portobello contest is the attraction of the final project.  Instead of having one winner, Coelho will recognize fifteen, and their work will be stiched together in a way that will add unexpected elements to the final product.  This creates a good platform for extending the life of the contest and of the book.

Finally, Coelho hosts this contest through a social network (albeit MySpace) and will naturally attract the kind of talent he is looking for.  In fact, the contest has been so successful that he has shut down submissions for all but a handful of the narrative chapters.

What Doesn’t:
There actually is some corporate involvement here – from Hewlett Packard. It’s not clear how broad their role is (or if they had any part in creating this competition), but the merest whiff of corporate marketing in this competition could hurt the authenticity of the final product. This competition will pay back in user interest and loyalty – corporate money might do more damage than it is worth.

Branding Bottom Line:
A novelist takes the serious marketers to school.  (David’s conclusion, which I wholeheartedly agree with – althought I think Coelho could have generated even more buzz by having a corresponding strategy for Facebook instead of just focusing on MySpace).