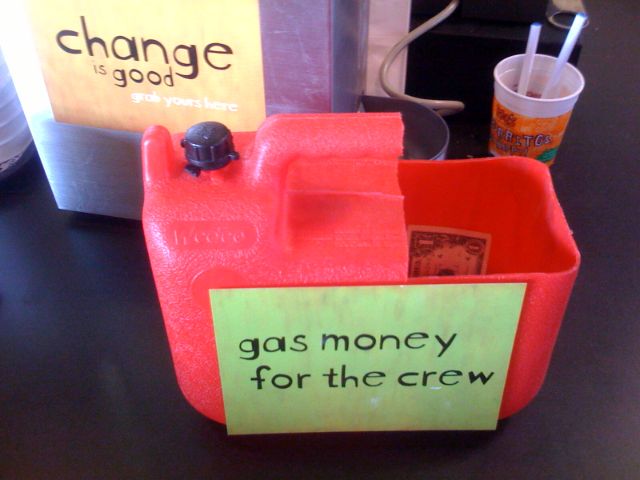 Business is unpredictable, but its amazing how much time is spent in corporate marketing and PR teams trying to anticipate and avoid any sort of unplanned events. So yesterday when an Air France flight had to divert from landing in Beirut to an unplanned landing in the Syrian capital of Damascus. Unfortunately for them, payments for fuel in Damascus can only be made in cash – so Air France decided to ask their passengers for gas money.

As the story broke in media, which of course it would, here is Air France's statement:

"Air France confirms that it asked passengers if they had cash, as payments for fuel can only be made in cash in Damascus. Ultimately, Air France could pay the full amount itself, and passengers did not have to advance any cash. Air France apologizes to its customers for the inconvenience."

There isn't really a way to prepare for a situation like this – and businesses face these types of events every day. The problem is, most turn to the faceless prepared statement. It is a huge missed opportunity. There is a general awareness among businesses that customers appreciate honesty. It's why we hear so much about authenticity and transparency in communications. The problem usually is that the time when the truth is most powerful is in the immediate moments after dealing with a micro or macro crisis. Honesty works best in real time.

So when Air France with confronted with the unpredictable situation of having to find cash for fuel in Dasmascus – why not share the real truth instead of just waking up the lawyers to craft some meaningless sentences? Here's what they could have said: that they had an unpredictable delay and unforeseen problem, and their crews are trained to do their best to get you to your destination … even if it means asking for gas money (which they ended up not needing, by the way). And then the next day, introduce a new policy of keeping a box full of cash right next to the black box in the cockpit so this doesn't happen again of course.