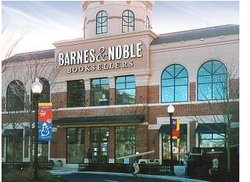 I’ve done a few book signings in the last few weeks and it has been an interesting experience. In the romantic view that many people might have about the life of an author, these book signings are mega affairs with lines around the block and a steady stream of people. In reality, they are usually poorly attended, pathetic microgatherings that can bruise the fragile egos of many authors (particularly those who have an inflated sense of their own importance because of how popular they are online – c’mon, you know who you are!) Despite this truth about book signings, however, the other truth you rapidly realize once you publish a book is that EVERYONE cares about having a signed book. Even people who would never read it. There is something irresistible about the fact that it is signed. So how do you still give people that experience of getting the signed book, but make the event of a book signing something more interesting?

We are trying an experiment tonight in one way to do it, by combining a book signing event with a social and networking event. Unlike my launch party in San Francisco where I intentionally did not sell books and made it more of a celebration of the book launch, the event tonight in the DC area will include an "official" book signing at Barnes & Noble in Clarendon (a big one with a great location, for those of you who are not in the DC area), followed by drinks and dinner at a local restaurant called Whitlow’s on Wilson.  It is sponsored by the Social Media Club and so far on the Facebook event page we have nearly 50 people signed up to attend with another 50 maybes (a GREAT showing considering the average non-celebrity book signing draws only about 15 people, according to Barnes & Noble).  In my limited experience, it makes a big difference whether a book signing is combined with something else, like a social event or a speaking engagement, in terms of whether people actually connect with the book.

As I have said before, the nice thing about writing a book about personality is that it forces you to think differently about the types of events and promotion that you do.  And if there’s one piece of traditional book marketing that could use an new approach with personality, it’s the tradition of book signings.  So for everyone who gets a book signed tonight, you should know that I do more than just sign the books – I also reveal a secret from the book.  So if you are in the DC area, come out tonight … and if you’re not, you’ll have to hit up your friends in the area to tell you about the secret, or stay tuned for a book signing/event in your area.  I have plans to do something in New York, San Francisco, LA, Chicago, Boston, Toronto, Las Vegas, and Miami in the next few months – and hopefully international after that.