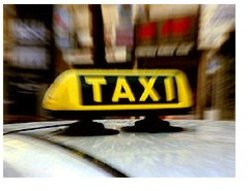 I used to sit in the front seat of a taxi.  In Australia, if you are male and riding in a cab alone – it is standard practice.  Every time I would come home to America while I was living in Sydney, I would delight in telling this little known quirk to my American friends as a way of explaining how equality works in the Australian culture.  When you sit in the front seat of a taxi, it is impossible not to have a conversation with the cab driver.  That’s a habit I continue today, and given my travel schedule, I spend a lot of time in taxis.  One of the most interesting conversations I had with a taxi driver was several weeks ago in DC.

The driver had been driving for more than 20 years, and had a very specific lament about the entire taxicab industry in the US as compared to the system in London (which he singled out as having a great program).  As we can all probably relate, a cab driver complaining about something is hardly unique.  But this particular cab driver was doing something about it.  He runs a website called TaxiJustice.com whose mission is described as:

Taxijustice™ represents the constituents of the American taxicab industry that is the citizens, our business and our visitors. It is a free-market concept based on the London model of open entry, high knowledge standards, and infrastructure financing of the individual owner/operators’ small businesses.

Essentially, he is one guy who sees several very specific things wrong with his industry (closed entry, lack of knowledge standards for drivers, etc.) and is trying to fix them in his own way.  He may not have the handle on creating a grassroots campaign or a website with consumer-friendly language, but he has a passion about his cause and a belief that he is right.  Reading his cause, it’s suddenly obvious that there are these "microcauses" all around us with passionate people fighting solitary battles for what they believe in.  Often the only thing they need is to get a little bit smarter about their marketing.  If you are a marketer and you want to change the world, a great place to start would be to connect with people like the Taxi Justice guy, and find a way to help him.