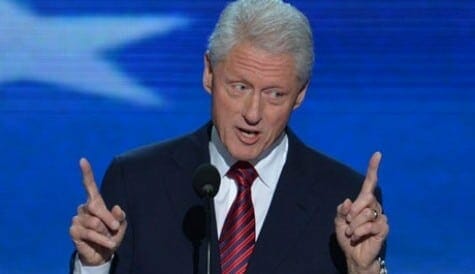 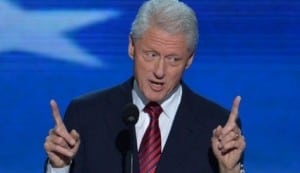 The day after Bill Clinton delivered his speech at the Democratic National Convention, the reaction from both sides of the political aisle were swift. Amongst the noise of disagreement, President Obama essentially summed up what anyone watching that speech might have thought when he joked that he might make Clinton the “Secretary of Explaining Things.” Actually, we need one of those in the business world.

Too often that skill is critically missing, particulary when it comes to professional advice. These days, you can get a lot of it, in ebooks, PDFs, shared Powerpoints and 140 character observations. But if there is so much advice, why is so much of it impossible to understand or use? Why are we usually so bad at making the concepts that we believe in and products we sell so complicated to understand? I think the problem comes down to three things:

1. It is easier than ever before to declare yourself an expert.
The number of people with “guru” in their job description has ballooned, just as the ease of creating media has reduced itself to one simple button. The result is more people describing themselves as experts more based on what they say than what they have done.

2. Success can’t always be explained by those who achieve it.
The classic “Blink problem” Malcolm Gladwell introduced essentially describes this fact – that people often have blind spots when it comes to why they make the decisions they make, and why those led to success. Doing something great, and inspiring other people to do something great are two different things.

3. The same approach doesn’t always get the same results.
The business world is rarely linear, as timing and many of the softer elements of an environment can help to propel success. What this means is that no case study works as a road map, as much as we may want it to. There is no secret pathway that works for every situation.

Yet just because finding that simplicity and clarity to offer really useful advice is hard doesn’t mean we should stop trying. At the upcoming B2B Corporate Social Media Summit, I have been working with the organizing team to make sure there is an unflinching focus on being useful and practical. Every session features real brand leaders, there are no vendor presentations, and the conversational approach makes it more likely that we will go far beyond bullet points and get to real insights.

Last week I also contributed some thoughts to a smart curated effort by Sprinklr to use an ebook format to bring some thinkers together who would not ordinarily collaborate. The end result was distilled thinking on very specific topics, in a short format.

Ultimately the art of explaining things seems to require two things: speaking conversationally like a human instead of a corporation, and simplifying the point you are making. Of course, this doesn’t make it easy to do … but the benefits are well worth the effort.