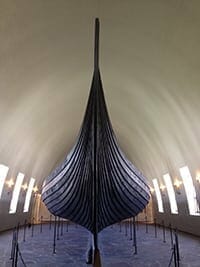 Choosing not to preserve a 1000 year old Viking ship doesn’t really surprise anyone in Norway.

For Americans who are used to their own country putting mere 75 year old documents behind bullet proof glass, though, nothing could be more confusing than the longstanding debate about the fate of the Oseberg ship – a remarkably well preserved 1200 year old Viking ship unearthed from a burial site in Norway in the early 20th century.

I have been spending this week in Norway for a series of events and meetings, and yesterday I had the chance to visit the fascinating Viking Ship Museum on the western side of Oslo in a small peninsula called Bygdøy.  For over ten years there has been a proposal and debate about possibly moving the ship to a new museum in Bjørvika, Oslo. The hesitation is understandable. Such an old ship may be too fragile to move. And the long term effects of today’s preservation techniques are unknown. 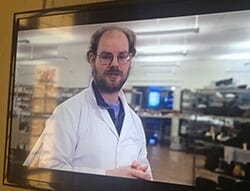 In the current museum, there is a video of a scientist talking about how the preservation techniques used nearly 100 years ago actually caused artifacts to disintegrate over time – the exact opposite effect of what was intended. Ironically, this also leads to the “strategic waiting” debate that the museum struggles with today.

Should the preservation team of archaeologists and scientists preserve the artifacts and ships with currently known best practices, or wait for a newer and better technology to be developed by our future scientists?

This is the same question we might be faced with ourselves as it relates to business strategy. Wait or launch? Use what you have or wait for something else to come along?

Entrepreneurs often say go. Historians say wait. The difference comes from how much patience you have  to wait for results.

And that’s ultimately what strategic waiting comes down to – calculating how much you are willing to pay for short term results versus the time cost of waiting and acting later (and presumably more strategically).

In other words, are you better off waiting like an American … or a Norwegian?

1 thought on “The Norwegian Art of Strategic Waiting”