Last night was an unlikely stage to unveil the future of music. The 52nd Annual Grammys were on the last Sunday in January as they have been many times before … only this time they were up head to head against the NFL Pro Bowl being played for the first time in the week before the Super Bowl instead of the week after. Add to that the continued financial woes of the music industry and perception of recording studios as relics of a time 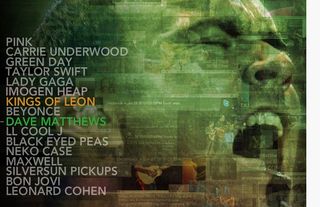 past and you had the perfect recipe for a show that was at best mildly entertaining, and at worst completely irrelevant.

That's what I might have thought a few weeks ago. But then I started getting emails from the PR team at The Recording Academy (the group behind staging the Grammys) sharing some of the digital content they would be creating around the show. And the buzz around the office started circulating when people began to uncover the interactive fan site www.wereallfans.com. Then the show started last night and it was clear that this wasn't like other awards shows, or like the Grammys of the past. Here are a few of the most interesting changes that I noted in the show and leadup to it:

Ultimately, the show The Recording Academy put on last night might signify not only the future of music – but offer the long awaited hope that it may still have one.