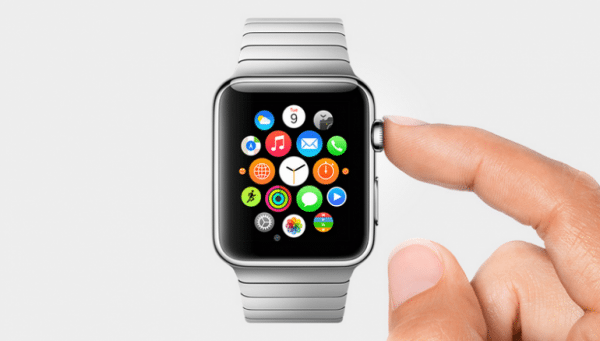 Blindness is a predictable side effect of being a fan boy.

For years Apple has relied and benefited from this sort of blindness to propel drone like fan boys toward obsession at every new product Apple launched. The theatrical nature of the announcements delivered by Steve Jobs would drive fan boys into a frenzy that could only be satisfied by waiting overnight in line outside an Apple store to be one of the first consumers to hold the new i-something device.

Media were no less giddy when it came to Apple’s media announcements – declaring intentions to live tweet these announcements and coveting their invitations to attend the media briefings in person as if they were non-transferable invitations to a royal wedding. Yet today’s Apple announcements are the latest example that this passion for the brand is slowing eroding – and along with it may go their biggest strategic advantage as well.

Let me explain. Apple, perhaps more than any other consumer brand, has always relied on evangelism from early consumers to propel its success. The loyal Apple devotees rave about the new device, and bring new consumers to it despite the significantly higher price tag than competitors. This raving led to their market share growth, ability to charge a premium for less and penchant for dictating unfavorable terms to strongarm partners such as mobile carriers into desperate exclusive partnerships to sell their products.

The big announcement of the iPhone 6 and Apple Watch today signifies that this era may be over for five reasons:

With many digital first media properties like Mashable running articles like “Why I Won’t Be Buying An Apple Watch” – the media coverage from presumably easiest to please enthusiasts has been excited but mixed. The veil of typical blindness that once consumed any discussion about Apple’s new product launches is slowly lifting as consumers and media alike are starting to debate whether the newest iGizmo is actually worth the fanfare.

Today, buying an Apple device also means you need to commit to buying an ecosystem of add on accessories to “upgrade” or protect your device. Meanwhile, Apple skips providing indispensible items such as a wall plug or high quality charging cords. The frustration with these missing necessities has led to many complaints and entire crowdfunding campaigns for better charging cords.

Apple’s TV spots were once beautiful and iconic in how they introduced products. The focus was on design and function – and above all you could always tell an Apple ad from any other competitor. In past years, though, the advertising has become indistinguishable from other brands. It tells stories with nice imagery, but fails to remain distinctly Apple. The “Chicken Fat” ad was only one example of this, but likely the most frequently ridiculed and lamented among a whole range of new ads.

The world around Apple has failed to stand still as well. Samsung has gotten much smarter with products using features consumers really want – and their latest Galaxy 5 advertising promoting the waterproof and battery saving features of their newest phone is a consumer friendly winner. Meanwhile other innovators have come up in wearable technology, phablets, fitness tracking, mobile payments and just about every other sector that Apple is now entering as a late participant. The brand’s late entry in every category is a failure that many consumers and media are talking about.

The final element that propels may negatively effect Apple’s fortune is the sophistication of consumers themselves when it comes to their devices. When you invent an iPod and a new way to consume music, then telling people what they want works because they really don’t know. When you launch another form of mobile payments, or a phablet device … consumers have a better idea of what they want because they have seen those products before. Rounded edges and thin form design are no longer enough. Now consumers can get waterproof design and extended battery life too. Put simply, the bar is higher.

When you take these things in combination, I believe the bottom line is that the power of Apple’s brand is no longer enough to compensate for building its own ecosystem incompatible with others, forcing consumers to routinely abandon old devices or charge an extreme premium for their latest gadget.  Several media sources are even predicting that Apple’s past success may be impossible to duplicate.  None of this means Apple is going out of business tomorrow. But it does mean something that perhaps may be far more serious in the long term.

Apple is finally just like every other consumer electronics company.